How do we make edibles you can feel good about eating? It starts with the ingredients - fresh, local, and “High” quality. Then we infuse our edibles, with chef-driven flavors created by our innovative kitchen crew. It all comes together in the science of precise dosing and lab testing to ensure safety and consistency in every bite.

Each of our products is handcrafted in our kitchen in Snowflake, Arizona. We have access to a 50-acre greenhouse grow and a high-end extraction lab that produces our cannabis oil, giving us unmatched, consistent quality. We source our honey and lavender from local farms, import our chimayo chili powder from our neighbors in New Mexico, and use high-end chocolate and organic sugar in our recipes. Our purpose is to make sure good things are always coming your way!

We observe, listen and understand our customers’ needs and wants, including dietary needs, flavor variety, and dosing consistency.

We ensure high-quality cannabis products that are precisely dosed every time. We check consistency through lab testing, and we test for contaminants to ensure patient safety. Plus, we create our edibles using a fully food-grade GMP production.

We never stop creating. We are continually looking for ways to incorporate real fruit, less sugar and more heart into each of our products, as well as new ones to come. 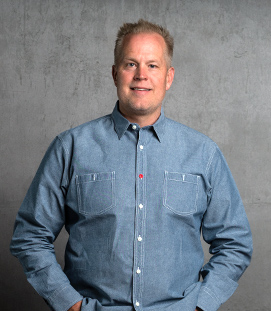 Chef & Co-Founder
Chef, father, and restaurateur. Aaron Chamberlin's family has been working in the restaurant industry since the 1930’s, led first by his grandfather, who was a chef himself. He credits his grandfather with having inspired him to become a chef at a very early age, and already had him cooking in the kitchen by the age of nine. A few years later, at the age of 14, he’d hold his first job in the industry. Aaron would go on to work at some of the best restaurants in the country, from New York City, San Francisco, Boston, Los Angeles, and back to Phoenix. He is a husband and father of two little boys, Arturo and Schaefer. 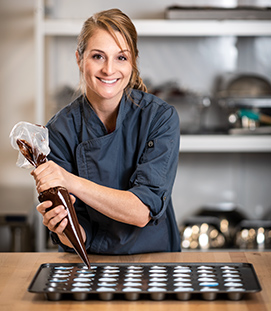 Chef & General Manager
In her role as General Manager, Teresa lives and breathes the brand. Whether up at the kitchen in Snowflake or representing Good Things Coming at a local event, she is the force that keeps good things coming your way. Teresa is passionate about cooking with cannabis and provides nutrition education and healthy cooking demonstrations that use CBD. With 10 years of experience in the nutrition and culinary fields, her passion for healthy eating shines through in how she approaches this brand with heart every day. 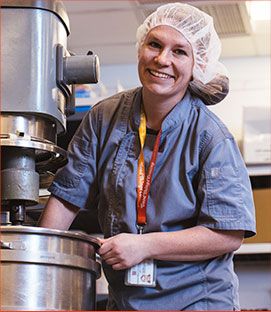 Our dynamic team of locals from Snowflake, Arizona has been with the farm since it opened in 2017. They bring a passion for culinary quality to all they do, whether it’s hand-pouring lavender lemon drops into individual molds, hand-wrapping and packaging our brownie bites, or slicing each piece of our fruit jellies.

Learn about our exclusive daily deals when you join our email and text list!

All trademarks referenced herein are the properties of their respective owners.
© 2020 Good Things Coming, LLC | © 2020 All rights reserved.

In order to visit the site, you need to be at least 21 years old.